By Donna McGuire
Chair of the SSUSA National Rules Committee

Perhaps the most significant new rule involves how many teams automatically will move to a higher rating level based on their World Championship performance. The committee reduced automatic move ups while also allowing SSUSA office staff the flexibility to move as many additional teams as necessary based on their season-long performance.

“While black-and-white mass move-ups are easy to apply and understand, they do not take into consideration the actual scores of games, histories of teams, or recommendations by directors who routinely see the teams play,” SSUSA Chief Executive Officer Terry Hennessy said. “In many brackets, it is obvious which teams are dominant.”

Under the new rule, teams winning World titles in the AA, AAA and Major divisions automatically will move to the next higher skill level and will not be eligible to appeal for one year.

It turned down a motion to allow up to three 69-year-olds on 70+ teams. Committee members noted that 70+ rosters were expanded to 22 a few years ago to help deal with injuries or other roster shortage problems. In addition, more players have moved into the 70s age group, given those teams a larger player pool.

Because expanded player pools also have helped older age groups, the committee voted to reduce the number of underage players that will be allowed on 75+ and 80+ teams starting with the 2024 playing season.

This year, 75+ teams still may roster as many as five 74-year-old players. Starting with the 2024 season, no underage players will be allowed.

This year, 80+ teams still may roster as many as seven underage players, including not more than three 78-year-olds. Starting with the 2024 season, 80+ teams will be allowed up to three 79-year-olds but no younger players. 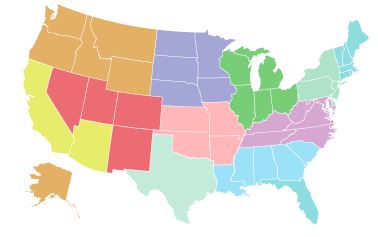 SSUSA Staff was instructed to study the feasibility of a Central Championships.

For years, the committee has discussed plays involving runners who hesitate near the commitment line. These runners often slide a foot across the line just before being tagged, which allows the runner to be called safe. Under the new rule, a runner still is committed to going home after touching or crossing the commitment line. But now, defenders may still tag the runner until both of the runner’s feet have touched or crossed the line. This should make it more difficult for runners to entice a “safe” tag, as they will be out if tagged after sliding only one foot across the line.

The committee also tweaked its rule involving plays made on the batter-runner at first base. Previously, the defense had to use the white portion of the double base to record an out on the batter-runner. Players complained that if the ball took them into foul ground, they could become involved in a collision while trying to reach the white portion of the base. To prevent these collisions, the committee adopted the USA Softball rule. On plays where the force out is being attempted from the foul side of the baseline (such as on an errant throw or bobbled ball), the defense and offense may use either the white or orange portion of the base.

In other votes, the committee:

* Added rules governing 40+ Masters rosters to prevent elite or high-impact players from joining lower-level teams. SSUSA will develop an “elite” player list of USSSA Conference players (any class) or 40 Masters B or above players from other nationally recognized associations, such as USA, NSA, GSL, ISA and One Nation. Men’s 40+ AAA teams and Women’s 40+ AA and AAA teams will not be allowed to have any of these players. Men’s and Women’s 40+ Major teams will be allowed a maximum of three such players. 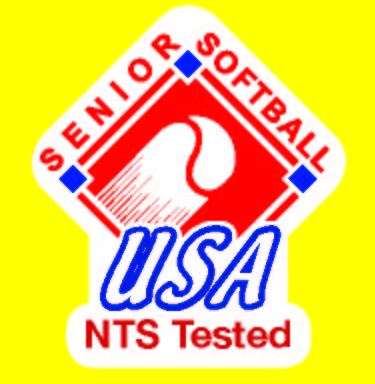 * Approved a motion to have SSUSA staff investigate options and prepare a memo by Aug. 31 on the possibility of having a 2024 Central Championships TOC event akin to the current Eastern and Western championships. Winners of a Central Championship also would compete for the USA National Champion and Triple Grand Slam titles.

* Amended the altered softball rule to allow the punishment (a forfeit) to be implemented as soon as the offense provides an altered ball to the umpire or opponent.

* Allowed Major Plus teams to roster two players from the opposite side of the Mississippi River as the team’s home state without giving an equalizer to other Major Plus teams. (This eliminates the Open Division.)

* Added a sentence to the pitching restrictions saying that any powdered resin bag being used by a pitcher must be left on the ground. (It cannot be kept in a pitcher’s pocket for use during play.)

* Approved updating the transgender athlete rule to conform with the new National Collegiate Athletic Association rule. Since our last rule book was printed, the NCAA has decided to follow sport-specific rules for transgender athletes. For softball, those are the World Softball Baseball Confederation’s rules. All costs for determining and certifying the rule’s maximum testosterone level will fall to the athlete who applies to play under this rule. For additional details, see links posted on the NCAA website at https://www.ncaa.org/sports/2022/1/27/transgender-participation-policy.aspx.

The committee discussed about 10 other rule recommendations. Some were voted down. Others failed to receive a motion that would have led to a vote.