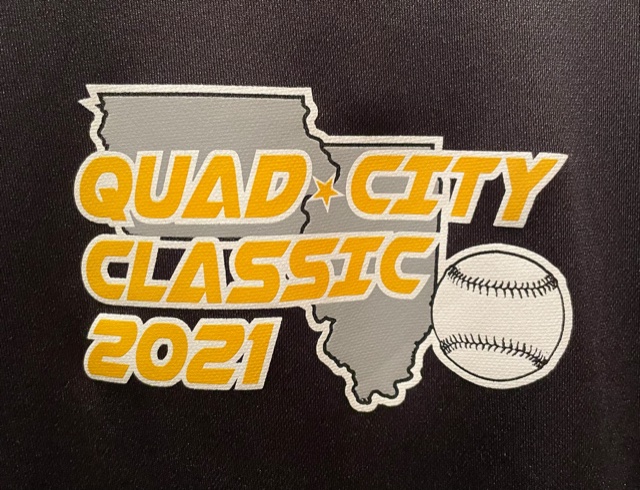 ROCK ISLAND, Ill. --- The 2021 Quad Cities Classic started out and ended up with nothing but sunshine, but featured a heavy mix of 2-3 inches of rain throughout the rest of the week.  As always in Rock Island, the grounds crew worked overtime and again were up for the challenge.

In the 75M / AAA, Midwest Express of Iowa took home championship hardware averaging 25 runs per game and going undefeated at 5-0.  Chicago Gray Sox finished second at 4-1 with their only loss coming to the Midwest Express.

The 70 Major Division featured a best-of-three game series between Chicago Strikers and Minnesota Masters.  Minnesota Masters took game one 18-14, but the Strikers came back with big open innings in both games to defeat Masters 19-14 and 17-11.

St. Louis Vision/Aces were winners in two straight games 22-7 and 16-10 to defeat Badger Classics for the 70 AAA Championship.

Thursday would be the only day for 60/65 divisions to play with steady rain forecasted for Friday. Therefore 27 games were played to determine winners in all divisions.  Chicago Prime would be the champions in 65 Major division going 3-0 including wins over second place Minnesota Ancel 23-21 and third place Minnesota Tasty Pizza 26-16.

In the two-team 65 AA division, Indy Fog and Blue Chips of Illinois would meet for the first time with both teams at 2-1.  Indy Fog kept Blue Chips off the scoreboard in the late innings to claim the title with a 17-12 victory.

Concluding the Mixed Round Robin on Thursday was the 60 M/AAA/AA division.

To end the day, Bucks Run Farms scored 8 runs in the open inning to defeat second place Oshkosh of Wisconsin 23-19 to claim 60 Major/AAA Championship.  Chicago Panthers finished in third place due to a loss to Oshkosh 21-15.

The third session of the Quad City Classic saw 16 teams battling in bracket play for hardware in four divisions.

In the five-team AAA division, Team Illinois posted an undefeated weekend which included a 23-18 win over J&J of Iowa in the championship game.  Minnesota Lumberjacks finished in third place.

The four-team 55 Major Division saw the top two seeds battle it out at the end.  Aurora Tap House lost their first game in bracket play and fought back to face the Iowa Demons in the first championship game.  Averaging 24 runs a game and scoring the maximum runs in the first five innings became too much for Aurora Tap House to overcome.  A perfect 4-0 weekend for the Demons was capped off with a 25-10 victory.  St. Louis Shockers finished in third place.

The final two champions would be decided in 50 AAA and 50 Major.  The three-team AAA division saw round robin play conclude with a single elimination on Sunday.  Iowa Demons defeated Milwaukee’s Best 14-13 and All In Softball of Oak Forest, Ill., defeated the Iowa Demons 20-10 in a winner-take-all championship game.  All In would finish the weekend at 3-1.

Two familiar foes from Illinois squared off in 50 Major with Big Hurt Softball winning 22-21 scoring three runs in the open inning to overcome a 10 run top of the seventh inning by CT Vipers.  Vipers defeated Iowa Demons 20-17 and Maher Homes of Nebraska 17-16 in loser’s bracket.  Big Hurt playing their first game on Sunday were able to win the championship 20-15 over the Vipers.