ROGERS, Ark. - The 14th Annual Midwest Championships returned here to Rogers Regional Sports Park for the fourth consecutive year. Forty-three teams from across nine states competed, July 9-14, for a berth to the original Tournament of Champions.

The top two seeds would meet twice in bracket play, with KC Kids taking both games.

In the first meeting, KC Kids knocked Carriage Homes down into the elimination side of the bracket with a 17-12 win, to advance to the championship game.

Carriage Homes bounced back with a thrilling 19-18 win in their next game, the third-place game, to earn their spot in the championship game.

Trailing 18-16 heading into the bottom of the open, Carriage Homes scored plated the three runs it needed to complete the walk-off victory.

In the championship game, KC Kids would again defeat Carriage Homes, this time by a score of 16-10. 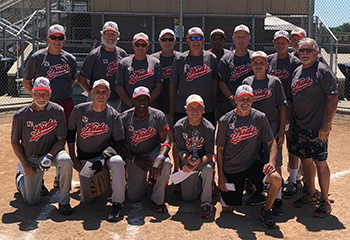 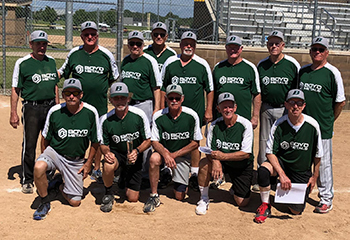 Holding a slim 11-9 lead heading into the bottom of the open, Boyd Metals held KC Renegades to a single run, to escape with the 11-10 win and division title.

Midwest Driving School swept the series, by scores of 16-10 and 27-16, respectively. 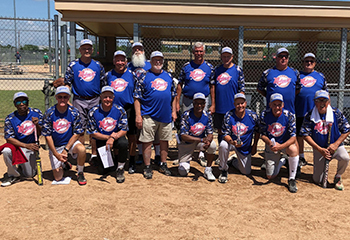 After winning their opening bracket game, 19-7, over St. Louis Vision (MO), San Antonio Silver Streaks dropped a nail-biter, 16-15, against OK-ARK (OK) in their next game, to fall into the elimination side of the bracket.

San Antonio Silver Streak again defeated St. Louis Vision, 17-15, in the third-place game, before avenging their earlier loss against OK-ARK, with wins in the championship (27-18) and “if” (17-6) games. 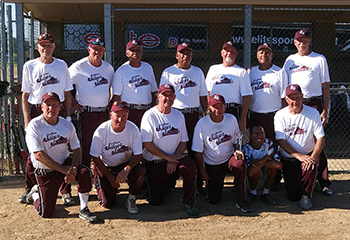 With the game knotted at 15 all in the bottom of the open, LOTA Softball scored the lone run it needed to take the division. 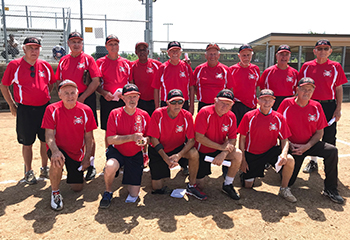 The tournament continued with the Men’s 50-60 age divisions taking the field, July 12-14.

Starting with the six-team Men’s 50 Major Division, Team Arkansas defended its home turf by defeating B&B Drywall/World Gym (KS) in the “if” game, 27-12.

The three-team Men’s 50 AAA Division also came down to the “if” game, as Drury Inn Road Dogs (MO) double-dipped top seed Maher Homes Nebraska Elite in dramatic fashion, winning both the championship and “if” game by single digits each, 16-15 and 21-20, respectively.

In the championship game, Drury Inn Road Dogs clung on to win, allowing just one run in the bottom of the open.

In the “if” game, Maher Homes Nebraska Elite plated eight runs in the top of the open to take a 20-15 advantage. The lead would not be enough, as Drury Inn Road Dogs was able to erase its deficit, scoring six runs in the bottom half of the open to complete the walk-off win.

The win for Drury Inn Road Dogs capped off a three game winning streak, which began with a 25-22 win over KC Monarchs (MO) in the third-place game.

The Men’s 55 Division had a pair of three-team divisions.

Trailing 20-15 heading into the top of the open, Pope Transport tallied seven runs to go ahead, 22-20. In the end, it would not be enough, as Rock N Legends took advantage of its last licks, to score the three runs it needed. 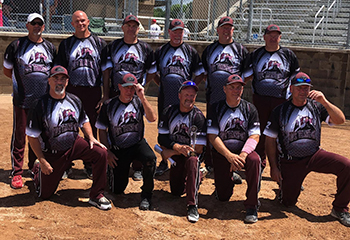 In the Men’s 55 AAA Division, top seed Omaha Silver Bullets went a perfect 5-0 on the weekend, going 3-0 in seeding play, and 2-0 in the bracket, including a 20-13 win over American Mortgage Pro’s (OK), in the championship game. 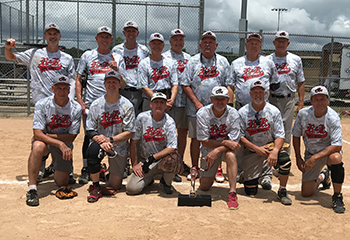