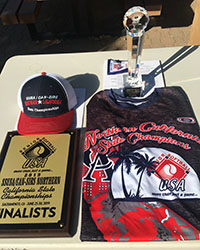 The Men’s 50-75 age divisions all played at the Sacramento Complex; while the Men’s 40 division was held at Foskett Regional.

For the fourth straight year, SSUSA and CAN-Sirs teamed up to co-host the Northern California State Championships. The CAN-Sirs organization is dedicated to promoting cancer awareness and prevention for senior softball players.

The first session of the tournament, June 25-27, featured the Men’s 65-75 age divisions in action.

Beginning with the three-team Men’s 65/70 Platinum Division, Omen 70 (CA) won both of its bracket games, including a thrilling 22-21 walk-off victory over Nor Cal Reds 65 (CA) in the championship game. With the game tied at 21 all heading into the bottom of the open, Omen notched the lone run it needed to claim the win.

The team posted a 3-0 record to enter bracket play at the No. 1 seed, and continued to roll, going 3-0 in the bracket, including a 17-7 win over Sacramento Islanders (CA) in the championship game.

The tournament continued on Friday with the Men’s 50-65 age divisions. 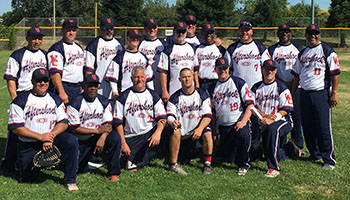 In the seven-team Men’s 50 Major Division, KM Sportz (CA) registered a perfect weekend, going 2-0 in seeding to secure the top seed, before going 3-0 in bracket play, including a thrilling come-from-behind, 23-22, win over Battle Born NV/Asurea in the championship game. 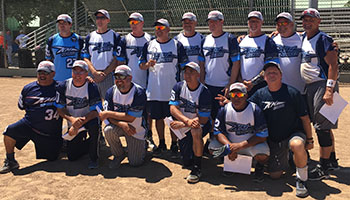 Trailing 22-18 heading into the bottom of the open, KM Sportz rallied with a five-run inning, to complete the walk-off victory.

Both of Battle Born’s losses in bracket play came at the hands of KM Sports, as KM Sports defeated Battle Born 22-20 early on in the bracket.

In the five-team Men’s 50/55 Gold Division, Billie’s Bunch 50 (CA) bounced back from an 0-2 showing in seeding play, to roll off four straight wins in bracket play, including a 22-15 win over North Valley Seniors 55 (CA). 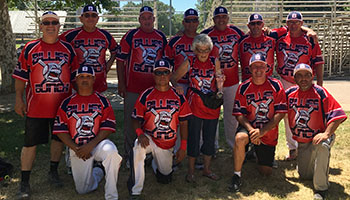 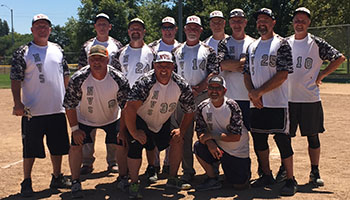 After being upset by Billie’s Bunch in their opening bracket game, 12-10, North Valley Seniors dropped down into the elimination side of the bracket, where the team won three straight games, en route to their eventual runner-up finish.

As the highest finishing 55 Major team, North Valley Seniors would go on to earn a TOC berth.

In the best of three game series to determine the champion in the Men’s 55 Major Plus Division, JU Ent/Major Plus (CA) swept Nor Cal Warriors (CA) by scores of 19-13 and 21-6, respectively.

In the three-team Men’s 60/65 Platinum Division, top seed Timberworks/Adidas 65 (CA) posted a 2-0 record in the bracket, including a 43-28 win over California Energy 60, in the championship game.

Tied at 25 entering the open inning, Timberworks outscored Cal Energy by an 18-3 margin, to open the floodgates and cruise to the championship title.

As the highest finishing 60 Major team, Cal Energy would go on to earn a TOC berth.

In the four-team Men’s 60 AAA Division, top seed The Crew (CA) posted a perfect 3-0 record in bracket play, including a 30-6 win over Senior Bend Elks (OR) in the championship game. 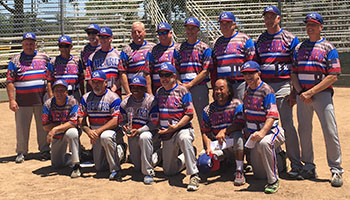 The Men’s 40 Divisions took the field beginning on Saturday, as play expanded up to Lincoln.

The three-team Men’s 40 Major Plus Division would come down to the “if” game, as Prestige/Elite Sports Orange County Prestige (CA) avenged its 30-13 loss against CB Softball (CA) in the championship game, with a 28-13 win in the “if”.

In the eight-team Men’s 40 Major Division, Cali 40 Gold (CA) posted a perfect 4-0 record, including a pair of one-run thrillers, capped off by a 26-13 win over Cheap Suits/Republic Realty/CDZ Apparel (CA) in the a championship game.